The system has two carbon dioxide gas reservoirs (one active tank and one reserve) that is controlled by the controller system and controlled by the user’s speed and volume. Carbon dioxide gas is fed through a thin needle to Injured under the skin. The eyelids are swollen in the eyelid after injection, but after 10 minutes the gas is absorbed and the appearance of the individual becomes normal. There is little pain in the scars and skin cracks. For the treatment of cellulite and local fat tissue, as more gas is injected, a feeling of tension and pressure in the stomach is felt, and there is a feeling of warmth and tingling for 24 hours due to increased blood flow.

This method uses unsafe CO2 gas. Carboxytherapy is called carbon dioxide injection under the skin. This can be done to correct beauty problems and treat cellulite. In this method, very fine needles for injection are used in the areas below the skin. In this way, oxygen increases in the tissues, stimulating the fibroblasts improves the microcurrents in the collagen area.

Carboxiotherapy (Carbo Plus) in the treatment of cellulite

This method is such that injection is under the skin using carbon dioxide gas. This method plays an important role in the treatment of cellulite.

Cellulitis refers to rashes of rigid fat on the thighs and hips that afflict more than 95% of the female population. There are many reasons why this cellulitis occurs in the human body, which is very rare in men, because the skin structure is different in men and women. The men’s skin is thicker and is more muscle-drawn and has solid tissues. Instead, women with thinner skin will cause cellulitis in women. Women also have more fat layers than men, and many other causes, such as hormonal changes, and so on. Many women seek a number of therapies to eliminate their cellulites, including the use of different creams, the use of lymph node massage, etc., which will not be of much use, because none of these methods will treat underlying problems. It will not physiologically and will not change blood circulation and skin damage in the field of collagenization.

The best treatment for cellulitis is the use of carboxytherapy. This method was originally used for aesthetic purposes by the Brazilians to remove fat deposits after liposuction, which remains in the upper portions of the knee, and later it was shown by studies that carboxytherapy is not harmful to body tissues, and only fat cells They are broken down by CO2 gas and do not damage the nerves. After using carboxytherapy, it has been shown that this method, in addition to eliminating fats, helps to repair collagen, which makes the skin thick and smooth. For this reason, carboxytherapy is very helpful in treating cellulites. This method of penetrating the lipids and removing them stimulates the skin and smooths the skin.

Carboxytherapy has FDA approval. This method has not been shown until now. There are only a few rare cases of pain and irritation that are not a concern. Because it will be resolved after some time. 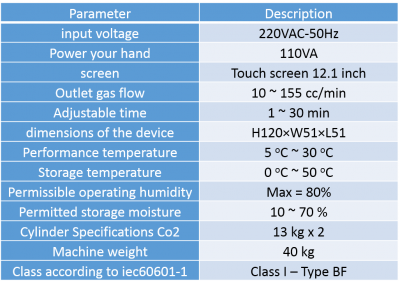